Reaching  and  Inspiring  Success  through  Education

Casandra Navarro began working for RISE in 2016. She believes that in order to live a meaningful and fulfilling life, you must create a legacy that will inspire others! Her empathy for the East Palo Alto community runs deep, she understands firsthand how important it is for underserved kids to have role models and mentors with high integrity in their lives. It is the reason she loves working as the Eastside College Preparatory Mentorship Program Coordinator. Outside of RISE she is a full-time Realtor at Triada Real Estate Group. 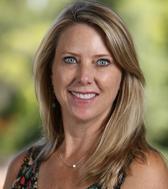 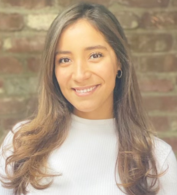 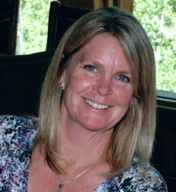 RISE Board of Directors

Karen has always had a passion for working with youth. While raising her own two children she spent fifteen years as a volunteer for various schools in Sunnyvale and Palo Alto, working directly with students as well as serving on the PTA Executive Board. For the last five years Karen has worked for Nixon Elementary School as a substitute teacher and classroom aide. Currently, she is the math specialist for 4th and 5th grade. While working at Nixon she has had the opportunity to work with students from East Palo Alto in the Voluntary Transfer Program, and her interactions with these children sparked her inspiration for RISE. She has also been volunteering for the past four years as a CASA for foster youth through Child Advocates of Silicon Valley. Karen holds a BS in Computer Science/Computer Graphics from Chico State University, and she has had two years of coursework in Counseling Psychology from JFK University.

From an early age, Sheryl knew she would be an educator. She grew up in Palo Alto and after graduating Gunn High School she attended Cal Poly, San Luis Obispo. She majored in Human Development with an Early Childhood Education emphasis and holds a minor in Psychology. After graduation, she returned to Palo Alto and began raising her family. Her three children all attended Nixon Elementary School and during that time she served as a classroom volunteer, room parent, sat on the PTA Executive Board, and orchestrated several fundraising campaigns. Since 2009 she has been working at Nixon as an Instructional Aide and Substitute teacher. Much of her time is devoted to working with students from East Palo Alto enrolled through the Voluntary Transfer Program (VTP). Working with these children and getting to know their families served as the inspiration and motivation for starting RISE.

A member of the East Palo Alto community since 1990, Shirley Poitier has made a commitment to make change one tribe at a time. Throughout the years, she has been involved with various non-profit organizations. She holds a BS in Counseling Psychology from William Jessup University and is currently studying the Enneagram with The Narrative as well as EPP The Enneagram Prison Project. A native of East Palo Alto, Shirley lives in the heart of the city. Shirley became the recipient of the Addison Carlson Award ...."demonstrating community service, ministry care for the poor and a commitment to lifelong learning."

She joined RISE because she believes education is the key to success, especially for undervalued students.   She has been married for more than 30 years, and one of her children attended The Tinsley program (VTP) too.  She understands first hand the disparity for the children of East Palo Alto and its more affluent surrounding areas. Shirley stated that RISE is a fantastic program that she intends to promote and expand with all that she has. Her mantra is "Get in where you fit in and help!". 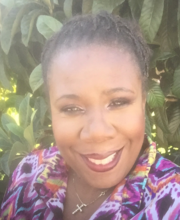 are empowered to dream boldly and have the self-confidence and skill sets to make their dreams a reality.

Equitable educational opportunities abound, and every child is a confident and enthusiastic

lifelong learner proud to contribute to the success of their community.

Here are some of the people working to make this vision a reality:​